Murray was born David Murray Oates in Southgate, London in 1946. Before joining Elton John as his touring sidemen, Murray and drummer Nigel Olsson were members of the Spencer Davis Group in 1968-1970. In Murray's musician bio in the programme book for 1982's "Jump Up!" tour, Murray recalled when he first took up the bass guitar during his high school years: "Someone put this heavy thing over my shoulder and said, 'Here, you play this!'" Murray quickly established a solid reputation on the instrument. In the Eagle Vision documentary on "Goodbye Yellow Brick Road," producer Gus Dudgeon lauded Murray's musical ability, and said he hadn't heard a bassist quite as good as him.
Murray and Olsson joined John as his road sidemen in 1970, and first appeared on disc with John on "Amoreena" from the 1970 album Tumbleweed Connection, though they were first featured on the live album 17-11-70. While they were John's constant touring band mates, his record company only allowed them to play on just one track per studio album. As of "Honky Château" in 1972, however, John exerted some of his skyrocketing popularity at the time, and convinced his record company to allow Murray and Olsson to also become full-time recording members of John's band. Along with fellow new recruit Davey Johnstone on guitars, Murray and Olsson played on John's hit albums, including the milestone album, Goodbye Yellow Brick Road, singles and world tours for several years. In 1975, after recording Captain Fantastic and the Brown Dirt Cowboy, Murray and Olsson were released from the band because John wanted to achieve a different sound. He said at the time "The band always rattled along. I want it to chug".
Murray and Olsson continued working together, as session musicians in Los Angeles. They played on Rick Springfield's first United States album, Wait for Night (1976). In 1977, Murray briefly joined Procol Harum on a North America tour promoting their last 1970s album, Something Magic, although he never recorded with the group. Between 1978 and 1979, Murray worked as part of Alice Cooper's backing band.
Both Murray and Olsson returned to the UK in 1981, and toured and played sessions with John for another four years, starting with "21 at 33" in 1980 and "The Fox" in 1981. He and Olsson backed John during his landmark concert in Central Park before more than 400,000 fans on the Great Lawn on Sept. 13, 1980.

Murray later contributed all the bass tracks on "Jump Up!" in 1982, and joined Olsson and guitarist Davey Johnstone for the "Jump Up!" tour, followed by albums and tours for "Too Low For Zero" (1983) and "Breaking Hearts" (1984). The group then disbanded, reuniting only once more for backing vocals on "Reg Strikes Back" in 1988.

After battling skin cancer for a number of years, Murray died at Vanderbilt University Medical Center, in Nashville, Tennessee, after suffering a stroke in 1992; he was aged 45.[1] According to Murray's obituary on www.procolharum.com, that March, John performed two tribute concerts at the Grand Ole Opry to raise money to support Murray’s family. Olsson, upon again becoming a full-time band member with John in 2004 to record Peachtree Road (Universal), reflected upon the absence of his longtime bandmate: “We will never again create anything as wonderful – as inspirational – without Dee’s presence.”
Bandmate Davey Johnstone believes Dee's musical skills were not fully appreciated, and in March 2011, said he was working on a documentary about the bass player. 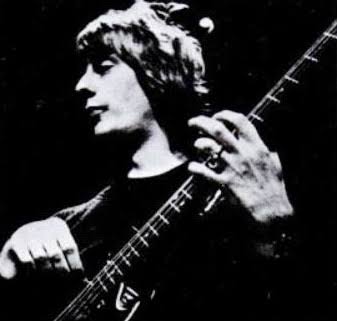