Peart gave an interview to Drumhead magazine in which he's quoted as saying he's happy to accept the description of himself as a "retired drummer," but Lee says his bandmate was merely confirming that he could no longer commit to lengthy tours.

Lee tells Prog: “There’s really nothing to say. I think Neil is just explaining his reasons for not wanting to tour, with the toll that it’s taking on his body. That’s all I would care to comment on it.

"We’ll get together eventually and chat about things. But in my view, there is certainly nothing surprising in what he said. Neil just feels that he has to explain with all the thousands of people asking, ‘Why no more tours?’ He needs to explain his side of it.”

Asked whether he feels Peart's quote was taken out of context, Lee adds: “I think that’s absolutely right. That’s their job. Talking about something when there’s nothing to talk about.”

Fans are clamouring for confirmation on whether Rush will continue to record and perform live. Peart previously said he wanted to spend more time with his family, while guitarist Alex Lifeson said he was largely over his health issues and wants to continue playing with the band.

Peart recently admitted to being "of two minds" about another lengthy run of concert dates, pointing out that having a young child at home makes it difficult for him to be gone for weeks at a time.

"I've been doing this for 40 years — I know how to compartmentalize, and I can stand missing her, but I can't stand her missing me and it's painful and impossible to understand for her. How can a small child process that? And there's the guilt that comes with that — you feel guilty about it, of course. I'm causing pain." 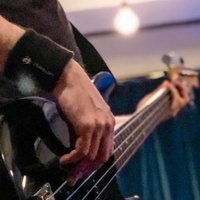